Its now confirmed but will await a further press conference for more details, but the Prime Minister has just announced the location of the new Air Force Base to replace The Sempang Sungei Besi Air Base as previously mentioned before.

PM: New air force base in Sendayan to replace Sg Besi base

GEMAS: A new air force base will be built in Sendayan in Negri Sembilan, to replace the Sg Besi base in Kuala Lumpur.

He was speaking to reporters after launching the community rehabilitation centre here on Saturday.

Sendayan is 12km from Seremban.

In June, last year, Defence Minister Datuk Seri Dr Ahmad Zahid Hamidi confirmed that the air base would be closed to make way for the “Greater KL” development project as laid out in the 10th Malaysia Plan.

However, the high cost of a relocation, estimated to cost several hundred millions of ringgit, if not more, has been a major sticking point.

Apart from Royal Malaysian Air Force and the police air wing, the air unit of the Fire and Rescue Deparment (Bomba) also operates from the airport, as well as the Royal Selangor Flying Club with its fleet of three Cessna aircraft and a Robinson R44 Raven helicopter.

The Aerospace Medical Institute and the RMAF museum are also located there.

The Sungai Besi Airport is the country's first international airport.

The 162-hectare airport, also known as Simpang, served as the main air link from 1952 to 1965, before Subang Airport was opened.

Sungai Besi Airport was originally used as an airstrip in the 1930s but was turned into an airport after World War 2.

A reader had asked me if there are pictures of the Perkasa class with missiles. To meet his request, I upload these photos including one showing the wire-guided SS12 missile being fired. 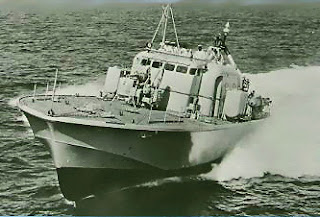 Say Hi To The Missile Box 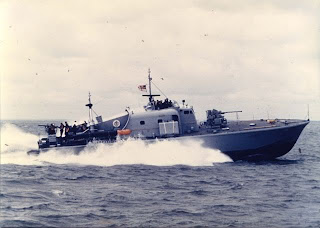 It Seems the Navy experimented with the configuration, mixed with torpedoes as above, AND 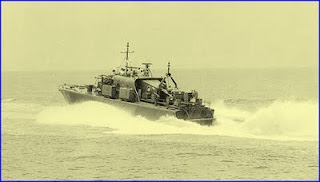 fully loaded as above 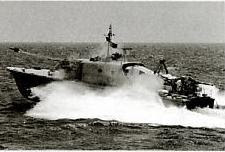 and above a rare photo of the missile being fired.

So I hope the photos will shed some light on this matter.
Posted by mumuchi at 8:07 PM 12 comments:

Sempang Air Base To Be A Thing Of The Past

Sempang? Where's that you may ask? As I understand it this was the old name for the Sungei Besi Air Base and the base itself may follow the name into the pits of forgotten history if this article is any indication. After a slow start, it seems that by the end of the year the Air Base will no longer be around. Read it here.

The only mystery to me is that why the base will not be replaced or relocated elsewhere and how they will ensure 'strategic' assets can be maintained in such a developed area.

He revealed that 1MDB would not have to rebuild a new air base for the RMAF but “we are committed to helping them maintain national security requirements”.

“Air force functionality needs to be there, for example, the national radar system. It is too sensitive for me to say how but the principle we are following is that none of the functions will be removed,” he added.

Do You Mean Milgem Is The Frontrunner?

I don't know if the Defence Minister is confused or what but based on the extract of the interview below, it seems the Turkish Milgem is the front runner for the SGPV project although I doubt FNSS Savunma who is the hull producer for the AV8 is also the agent/producer for SGPV hull. Nonetheless the interview is quite enlightening, especially on the Malaysian Armed Forces procurement process. To read the full interview, read it here.

What you are saying is that there can be no corruption in purchases because of the seven stages of vetting?

Previously, Malaysia purchased the assets and equipment from abroad – no such thing as a local defence industry. Datuk Seri Najib Razak when he was defence minister set up the National Defence Industry Council. When I took over, I expanded it into the National Defence, Security and Enforcement Industry Council – meaning the policing and enforcement units (are included). So it consists of elements such as an offset programme; transfer of technology; transfer of intellectual property rights (IPR); right to expand the industry; and the right to sell the assets and equipment – meaning we are not only the end user, but we are also getting many other benefits from conditions imposed for the purchasing of products.

For instance, when we work with FNSS Savunma Sistemeleri A.S, Turkey, a military vehicle producer in Turkey, the hull of the ships are designed by them based on our input – the end user. But we specify that the materials would be imported by us, by Boustead Naval Shipyard (BNS). The fabrication has to be done locally, but if they were to supervise the fixing of the equipment inside (system integration) – the equipment we, the end user, decide, then we appoint 600 over vendors to come up with their specifications according to our needs. Maybe for one piece of equipment, we give the vendors 10 or 20 different tenders, we choose the right price and duration of delivery, then we integrate the system. So with that kind of system integration, we also get transfer of technology and knowledge.

Even on the IPR, Turkey is sincere. We have previously produced first generation petrol vessels (PVs) with BNS. Now we are talking about second generation PVs – which is literally combatant ships, meaning warships. I have thought previously that prior to our PM Class submarine arrivals, the berthing or submarine pens for them like the above photo had already been built. But thanks to Dzirhan Mahathir's highlighting of the article below in his FB page, it seems only now the project is taking off with the award of a sub-contract to Tran Resources Corporation. Well at least Boustead can say they are sharing out the contract goodies with other Malaysian companies.

In a statement Tuesday, the company said the contract is for the design, construction, outfitting, integration, testing and commissioning of submarine safety conditioning facilities, submarine hangar and workshop facilities in relation to the Royal Malaysian Navy contract for the in-service support for two units Scorpene class submarines at Sepangar Bay, Sabah.

Its executive chairman Datuk Seri Sufri Mohd Zin said:"This RM45 million contract follows the previous main contract, which was completed in 2009. I am delighted that our client maintains the confidence in our capability and expertise."

TRC specialises in building and infrastructure construction and turnkey design and building contracts.

Osama May Be Dead...

Osama may be dead so good luck to the US in finding a new bogeyman. Nonetheless like when 911 happened it would be us poor citizens that will face heightened security hysteria, wonder why people want to make us a target in the first place.

Death of Osama: Police to boost security in various spots

KUALA LUMPUR: Police will step up security in various important locations in the country following the death of Al-Qaeda leader Osama bin Laden in a pre-dawn operation in Pakistan on Monday.

Federal police assistant director of management (Public Relations) ACP Ramli Mohamed Yoosuf said this was to ensure residents of Malaysia could live freely without worries of threats from any quarters.

"Police have also heightened security measures in sensitive areas...if an area needs more security, it will be done," he told Bernama when contacted here Monday.

He said this when asked to comment on a report that the United States government had put all its embassies on alert following Osama's death.

US President Barack Obama announced Sunday (it was still Sunday in the US when the raid took place) that Osama bin Laden was killed in a firefight with US-led forces at a hideout outside Islamabad earlier Sunday and that his body was in US custody. - Bernama

Posted by mumuchi at 8:54 PM No comments: