Forget About The Nakhoda Class 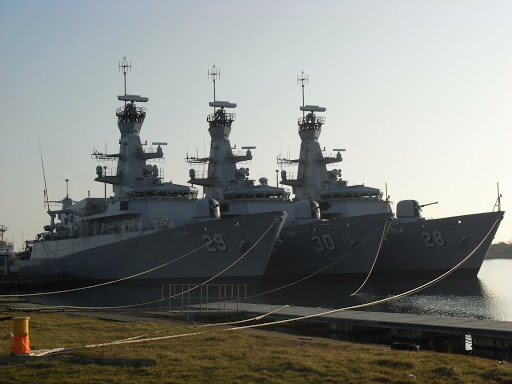 This may be old news to some but I just found out that the Nakhoda Class OPV built for the Brunei Navy has actually been sold to Algeria. I guess this should stop all the speculation or urging for the Malaysian Navy to take over the ships for our own use, as a stop gap measure to to beef up the navy especially since the escalation of tensions with China around Layang-Layang and the Indonesians about the waters off Johor.

Nonetheless I take off my hat to the Bruneians, silently they will now commission a new fleet of OPV and 4 Patrol Craft that may actually meet their deployment needs better than the Nakhoda class. Now if only our Kedah class fleet expansion acquisition can be as smooth.

Like car owners, governments insist that somebody take old equipment off their hands before buying new armaments. Complicated to set up, such deals nonetheless help suppliers to win contracts. The three Offshore Patrol Vessels (OPVs) that Germany’s Lurssen yard is about to deliver to the Royal Brunei Navy were sold in return for the Germans helping Brunei get rid of three slightly older ships. Brunei initially contracted Britain’s GEC-Marconi in 1998 to deliver three OPVs. Bought out by BAE Systems Surface Fleet Solutions, GEC delivered the Nakhoda Ragam in 2003 and the Bendahara Sakam and Jerambak in 2004. The three patrol boats were equipped with VL Seawolf and MM40 Exocet Block 2 missiles made by MBDA. But Brunei refused to take delivery of the vessels on the grounds they didn’t correspond to specifications that had been negotiated with the British group. Lurssen then stepped in to offer to take them off Brunei’s hands and re-sell them in return for a contract with Brunei for a similar number of ships. Through its a

ffiliate Global Naval Systems, Lurssen offered the British-built patrol vessels to several Gulf countries but didn’t find buyers. Finally, it got Algeria to acquire them last year. The proceeds from the sale of GEC’s ships to Algeria will be partly deducted from the price of the three new vessels for Brunei.. Source: Ocnus.net 2009

Posted by mumuchi at 9:11 AM No comments: