Why Don't We Just Call It A Frigate Program Then?

As we all aware now, Boustead Naval Shipyard has received the LOI to build six units of Second Generation Patrol Vessel/ Littoral Combat Ship with combatant capabilities. BNS is supposedly negotiating the specifications with the Malaysian Government before they can receive the LOA to start production. Nonetheless despite the general man in the street who may have thought that these vessels would be a continuation of the Kedah class upgraded to their combatant capabilities, a recent Jane's report has stated as per following extract :

The SGPV will be a larger and more heavily armed follow-on to the Kedah-class corvettes built for the Royal Malaysian Navy (RMN) under the Next Generation Patrol Vessel programme, although the final design and equipment fit has yet to be finalised.

The SGPV specification calls for a length overall of 99.5 m and displacement of 2,200 tons (full load) in comparison with Kedah-class figures of 91.1 m and 1,650 tons.

Several foreign shipbuilders have submitted proposals based on existing designs that would be modified to fit the Malaysian requirement. BAE Systems is offering a larger version of its 90 m offshore patrol vessel (OPV), Damen Schelde has proposed its SIGMA design, DCNS its Gowind family, Navantia the Caribe-class OPV it is building for Venezuela and ThyssenKrupp Marine Systems its K130 corvette.

Looking at the submitted proposals, these are the candidate hulls based on the specifications of 99.5 m length and 2200 tons displacement. 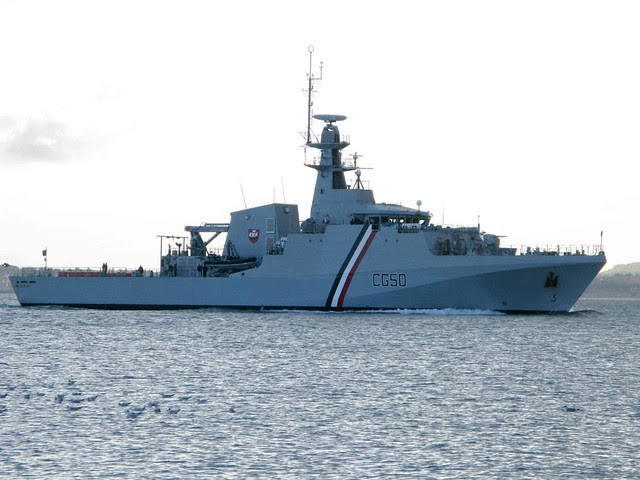 For Damen Schelde, I have chosen their Moroccan Sigma Program as the most compliant to the specs :

From DCNS, the most likely candidate is the Gowind 200 ;

Next is the Navantia Caribe class ;

and finally the Thyssen's offering as shown during LIMA'09 ;

Whether BNS own stretched Meko 100 design is still in the game is anybody's guess now but to me still a contender.

What many may not realise it is that unlike the Kedah class that are really FFBNW Corvettes, this new batch ship hulls are going to be effectively as big as the Jebat class frigates and except for the BAE Systems OPV, the rest are actually frigates in design and weaponry, fitted with or otherwise. In fact the namesake LCS of the US Navy are actually closer to destroyer size in length and weight. Thus for me at least, if these ships will be fully armed combatants where they will be as good as frigates, I will no longer mourn the cancellation of the second batch frigates from BAE Systems. These babies will be at least as capable and in more numbers than the planned frigates. In fact looking at the given reasons for Trinidad and Tobago cancellation for their OPV's from BAE Systems, I got a sense of deja vu with our own experience with the Jebat class. Maybe this should be a factor in our evaluation eh and so be damn with our naval traditions. Now the remaining quandary for me is , if these new ships will still be called patrol vessels rather than frigates when they enter service and thus continue the naming tradition using Malaysian state names, to which ship shall we then entrust the name of KD Hang Tuah once the current ship is decommissioned, since his four brethren will still be in service then.
Posted by mumuchi at 4:29 PM 4 comments:

Praises For Being Fair To The Fairer Sex

A bit dated but it is good to hear praises for our national policies once in a while from foreigners.

Indian Navy can learn from Malaysian Navy on having women officers onboard.

PORT BLAIR: Still not ready to have women officers on board, the Indian Navy can take a hint from the Royal Malaysian Navy which has Lieutenant Farah-al-Habshi onboard a warship here for Exercise Milan, a multinational exercise witnessing the participation of 13 navies of the Asia-Pacific region.

The above is just a sample of the news coverage in India. At least we showed that in the Malaysian service, the glass ceiling may be set a little higher or does not exist at all.
Posted by mumuchi at 9:15 PM 2 comments:

MRSS Where Art Thou?

The SGPV LCS program has now been given a new breathe of life. Now awaiting for the day when the fire will be lit for the more pressing MPSS/MRSS logistics ships. They don't have to be flush decked mini carriers as many are dreaming of below : 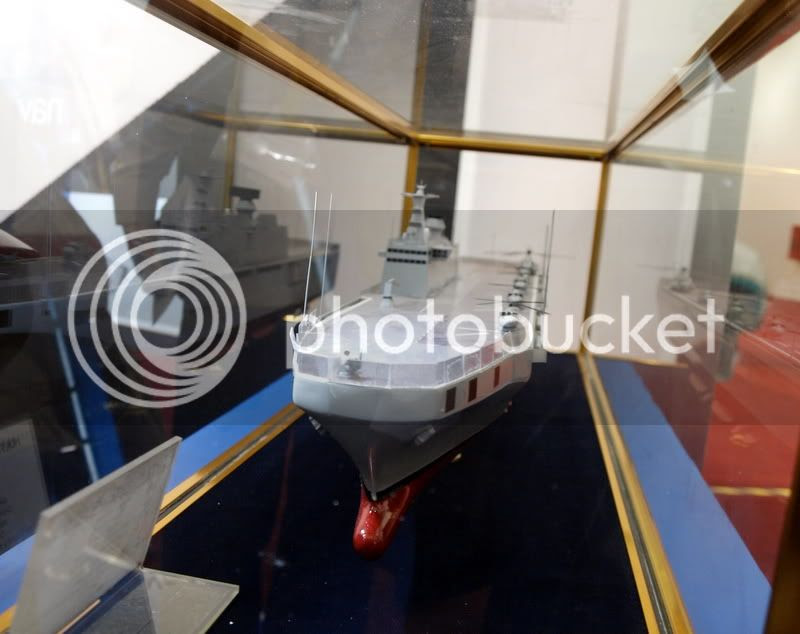 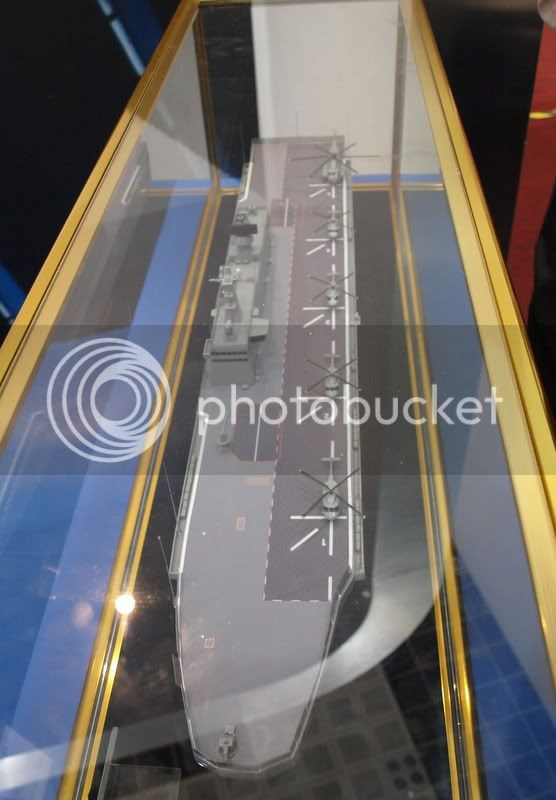 Pictures Courtesy Of Standupper from MYMIL
It will be good enough if the Navy can get their hands on any new designed LPD's though as we really don't need any flatdecks at this stage methinks. A two helipad ship should be enough. Just get going on replacing the Ex-Inderapura as the two remaining aging logistic ships surely cannot last the pace if nothing is done quickly. The LPD image shown at the backdrop during the PM's opening of NGV Tech's Bagan Datoh's shipyard looks good enough.

Especially since we won't be needing the new frigates anytime soon. This can be deferred to another date since the SGPVs will be combat capable and can be strike units on their own, thus alleviating the need for the larger strike combatants for the immediate future. So please use any funds available for the MPSS/MRSS instead. But we won't be complaining if the Government surprises all of us by granting all these wishlist items eh?
Posted by mumuchi at 8:40 PM No comments:

The Second Generation Patrol Vessel Project Is On!

Finally, BHIC announced they have received the LOI. And the vessels will have combat capabilities. So let's see how they will be armed, eh!

Boustead Gets Letter Of Intent To Build Six Patrol Vessels

The value and duration of the project is to be negotiated with the government, the group said in a filing to Bursa Malaysia.

The contract for the Littoral Combatant Ship (LCS) will have no material effect on the group's earnings for the financial year ending Dec 31, 2010, but would contribute positively to future earnings, it said.

"The new contract to build the LCS is a reflection of the government's confidence and trust in our ability to deliver on obligations.

"As we have been engaging the government on the technical and commercial packages of the project for some time, we are confident that the contract can be concluded early," said the managing director of BN Shipyard, Tan Sri Ahmad Ramli Mohd Nor.

He also said the company had gained invaluable knowledge and experience from the First Patrol Vessel Contract, especially in areas of value adding and enhancement of local content.

Being full combatants, the design of the LCS will have many added capabilities and equipment systems.

"This will require additional technology investments, some of which we will acquire while others will be developed in partnership with defence industry players," Ahmad Ramli highlighted.

BN Shipyard has engaged more than 500 local vendors in the past two years.

In 2007, a Vendor Development Programme was established by the company to groom locals into capable entities.

Ahmad Ramli said the LCS project is expected to see an increase in the participation and development of local vendors, in line with the 60 per cent local content targeted, for the project.

Posted by mumuchi at 5:01 PM No comments:

Please don't spin fairy tales if you do not know head or tail..statement in Malay but I am sure you can understand if you call yourself Malaysian right!