Those who managed to visit the Exhibition over the last three days at Dataran Merdeka Kuala Lumpur must count themselves lucky as there were exhibits that were rarely seen in public before this. I guess numerous blogs and military forums have uploaded their pictures of the exhibits so I do not want to replicate their efforts in this posting.

I just want to comment on these two oft overlooked field equipment that were the first time I saw being featured in such exhibitions. Its interesting that such services has kept up with the times. 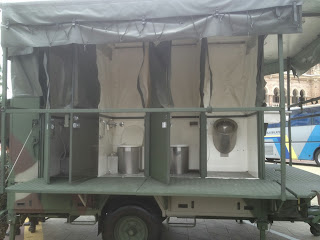 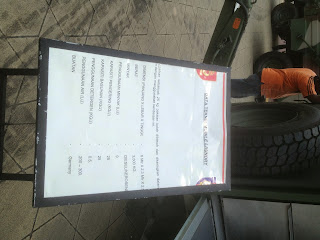 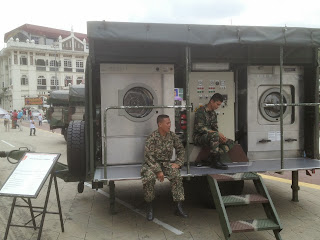 The above picture also shows the new digital camouflage uniform as compared to the existing version.


I must add however that the trial digital camouflage painted on some of the army armoured vehicles seems to be just for the sake of showing something digital to the public, as I fail to see how it helps hide the vehicles. 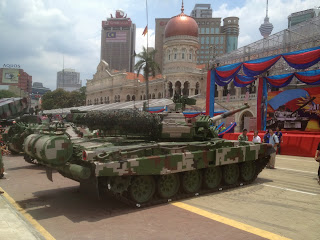 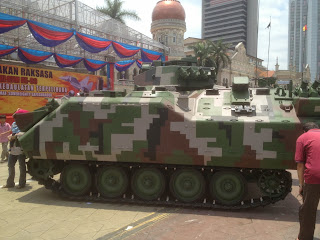 The camouflage shown by STRIDE before as part of their  Field Applied Camouflage System trial to me fits the bill much better as shown below. But I guess that's just my opinion. 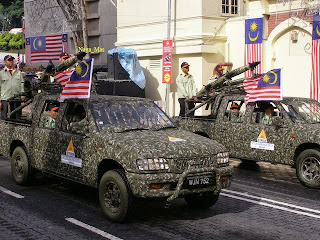 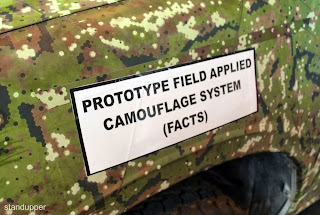