History not learned is history that is on its way to be repeated. Let's watch this movie together!

So Is This The RCWS On The AV8?

Even though it was announced that there will be 54 RCWS supplied for the AV8 project as per my previous post, it was not actually informed what is the RCWS that will be supplied by Denel. A quick check on Denel's website shows that they do not actually offer such RCWS sets.

Nonetheless I have heard on good authority from a fellow forum member that these RCWS are going to be supplied from another South African defence company, Reutech Solutions. This is supposedly the Land Rogue already selected by the South African Armed Forces. This is a remote-controlled weapon consisting of a stabilised firing platform, operated from inside an armoured vehicle for increased protection that offers gun options from 7.62mm, 12.7mm machine guns and a 20mm cannon in the case of Super Rogue. An interesting fact is they also offer an ATGW armed version, the Missile Rogue armed with four ready to fire missiles and a 12,7mm machine gun for close protection.

If this information snippet is true, then the weaponary will make the AV8 a most interesting and potent battle taxi indeed.
Posted by mumuchi at 10:41 AM No comments:

I only refer to other Defence blog posts if I feel the story needs to be spread, and this one really fits the bill. Just for political expediency, the very people entrusted to safeguard a project to protect our National Defence secrets has a rat amongst them who leaked a story so that some Politikus can play a game of upmanship with national security. If ever that rat is located, hang him high will you and I stand by my word unlike some.

Read it all here.

Finally Some News On AV8 Progress

Denel of South Africa had announced that they had signed a contract to supply turrets and integrated weapon systems to be fitted on the AV8.

Army Recognition Screen Capture Courtesy of Standupper @ Mymil Forum
This means that out of the 257 initial units, 123 units are the Armoured Fighting Vehicles(AFVs) with two man 30mm or 30mm/ATGW turret variants while 54 are the Armoured Command Vehicle/AFVs/AFV-Surveillance/Armoured Vehicle Signal and Armoured Engineer NBC Reconnaissance Vehicle that are fitted with RCW system as stated below. 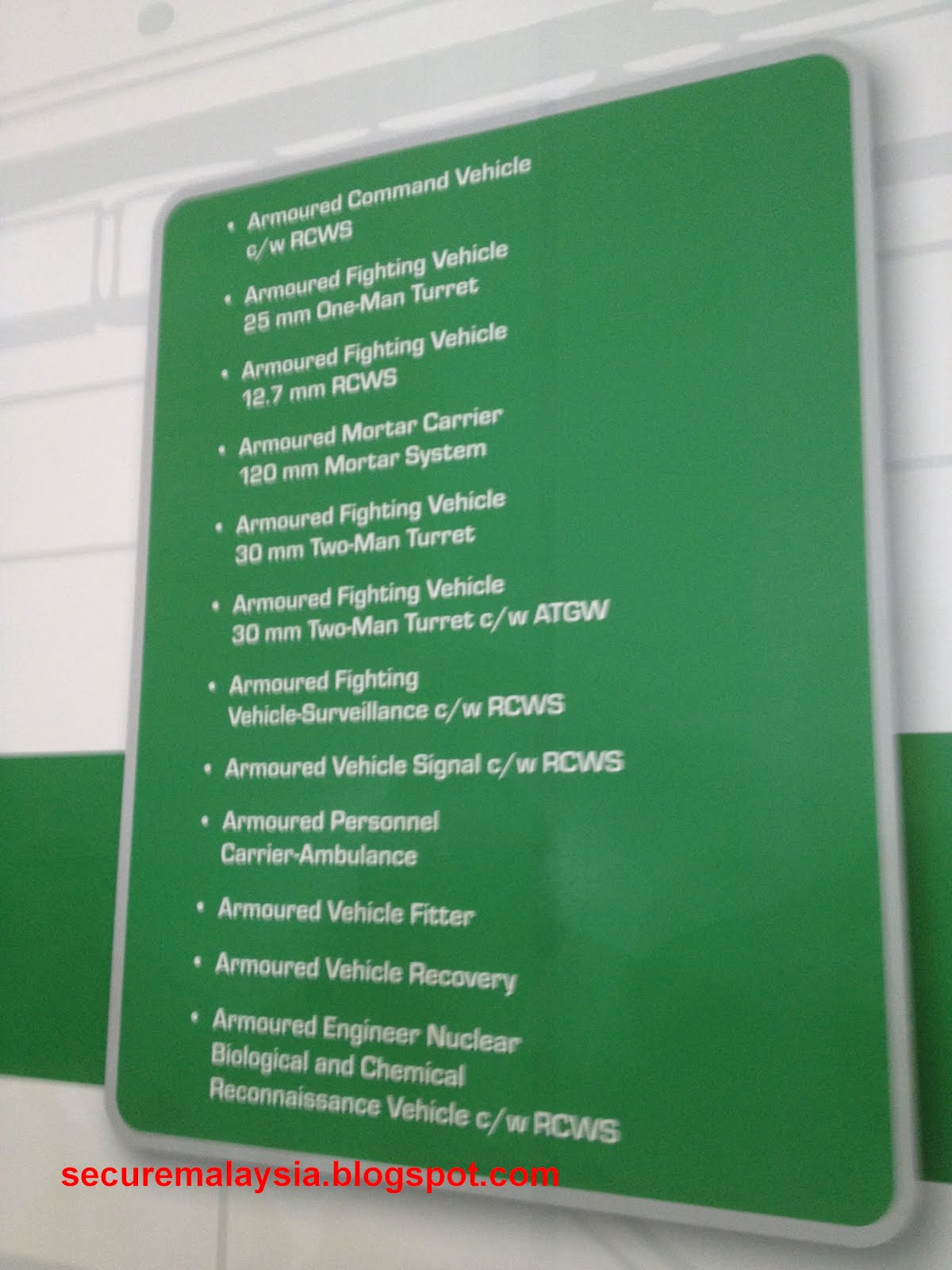 As such of the remaining 80 units, it remains to be seen how many will be the 25mm armed AFV and 120 mm mortar armed Armoured Mortar Carriers in addition to the rest of the support variants of the AV8. With about half of the units are to be well armed with 30mm cannons, it now seems justified for the Army to have requested to have 12 variants of the AV8 to be produced despite initial public misgivings.
Posted by mumuchi at 7:32 PM 2 comments: