Shepard in their report on the recent Singapore Air Show has stated that that Industry players are ready to respond to a Malaysian RFP for attack helicopters if issued due to a perceived urgent requirement to handle insurgents and intrusions with a better platform like combat helicopters rather than fixed wing aircraft which may be an overkill response.

France has reportedly offered their EC665 Tiger HAP while Boeing is offering their Bell AH-6 Little Bird that was  said to be flown by the Malaysian Armed Forces Chief during the show and the Big Brother AH-64 Apache could be offered too. I have my doubts on the desirability for the Little Birds since the Army Air Corps is already operating the A109 LOH that just needs to be armed to make it similarly potent. I believe what would be urgent is for the introduction of a suitable rotary winged platform to replace the Air Force's S-61A4 Nuris that are now taking on the role of the gunship to safeguard the Eastern Coast of Sabah with three reportedly now armed with .50 calibre door guns to provide fire support.

Even though the Malaysian Minister of Defence recently announced that Malaysia will cooperate with the USMC to develop Malaysian Marine Force doctrine and followed up with a visit to Bell during the airshow to be briefed on the AH-1Z, and this may indicate that Bell is a favorite to equip the "Marines" with the Super Cobra and UH-1Y that Bell later announced Malaysia are interested in, I have my doubts.

I sincerely believe that we will not follow to the T the USMC's doctrine as they are an expeditionary force, while our combat helicopters are more for defence against incursions. As such such a a gunship would not be for the navy as the RMN would also not jeopardize their requirements for ASW helicopters that is now seems to be a race between Seahawks and Super Cougars, as a marine force modeled on the USMC would naturally be put under the Navy.

Personally I would welcome the the inclusion of the Super Cobra as Malaysian guinships as it is more versatile and possibly cheaper than Apache or Tiger, but then I am biased as I want to see them being used for the planned amphibious force rather than just tank killers. But then I guess the Army would take the lead and will tailor it to their requirements which they would not give up so easily right? 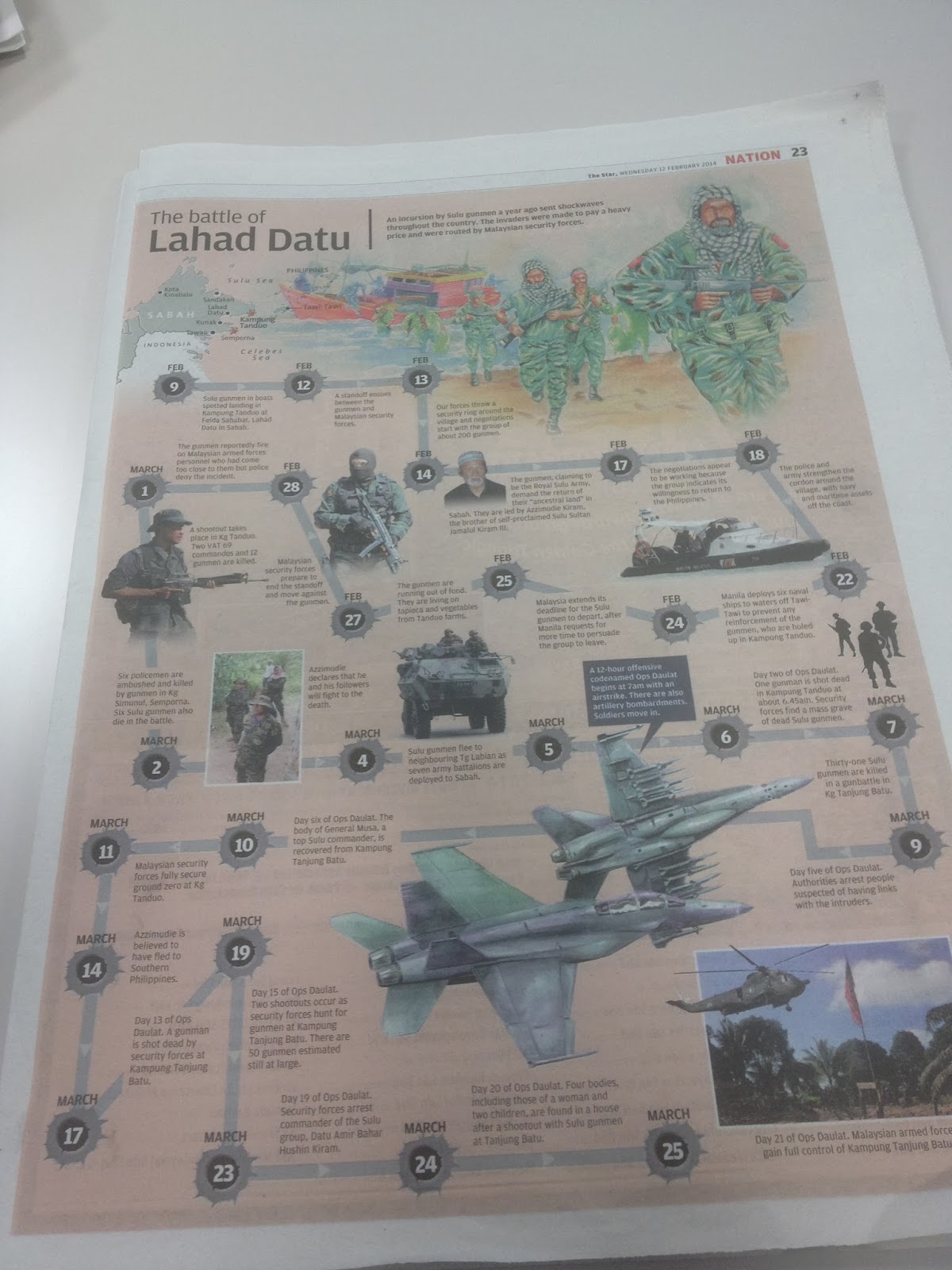 MMEA To Be Gifted Two Patrol Boats By Australia

As this Bernama article has stated, the Australian Government has seen fit to gift to the MMEA by middle next year two ex-Customs Bay class patrol boats for the reported purpose of "the boats would be used by Malaysian Maritime Enforcement Agency (MMEA) to counter people-smuggling operations throughout the region as both Australia and Malaysia had cooperated closely to combat this illegal activity", which it has been used for in Australian service. A fact file of the vessels in Australian Customs and Border Protection Service is available here.

In the Sydney Morning Herald,  it was stated that "Of the newly-announced Malaysia decision, Mr Morrison said Australia would not only provide boats but also "vessel training" for Malaysia's Maritime Enforcement Agency." In UK's The Guardian it is stated that this means "“Australia will provide vessel training, which will involve Australian Customs and Border Protection Service officers assisting in the development of the Malaysian Maritime Enforcement Agency’s existing maritime capability."

There is a saying that to not look a gift horse in the mouth, but it does worry me that these end 1999 built boats are reported to be retired quite early, initially supposed to be as early as 2010 due to the high maintenance cost and low availability as stated in this article. Looking at our track record with second hand vessels, I hope we will take care in its operations in order to avoid service difficulties especially with regards to maintenance.

In conclusion let me leave you with what may a less well known fact about this class. The Bay class design was used as the basis for the 14 larger Armidale class patrol boats in use with the Royal Australian Navy, which was borne out of a joint program between the RMN and RN that the RMN later left. If the RMN had not pulled out of the process, we could have actually seen more of similarly designed ships in our fleet.
Posted by mumuchi at 10:14 AM No comments:

Whether you support or not our official statements on China's supposed incursion to James' Shoal or Beting Serupai, please do understand that the underlying or core issue is this that is clearly stated by the Senior Analyst from ISIS. " “Putting aside the issue of where those ships actually were, the fact remains that the PLAN – through state media reports – has unequivocally underscored China’s claims over the waters around James Sh­o­al,” argued senior analyst Shahriman Lockman at the Institute of Strategic and International Studies. “It was a display of China’s intent and resolve to assert its claims in the South China Sea, which extends into Malaysia’s EEZ.”

Thus I do not care if shots were fired or they were thousands of miles away, the PRC has scored a moral victory in making their claim and we will look like wimps if an appropriate response more than denial or amaran is made. I personally would love to see a submarine traing exercise is made in the EEZ around the waters as a response.

Anyway here is the full article for your reading pleasure.

KUALA LUMPUR: Whether the recent Chinese maritime exercise was within Malaysian waters or not, the fact remains that China Military Online is claiming that the ships were at Zengmu Reef – the Chinese term for James Shoal or Beting Serupai.

The Jan 27 report, carried on the Ministry of National Defence website said three warships from the South China Sea Fleet of the Navy of the Chinese People’s Liberation Army (PLAN) arrived there on Jan 26 and held a “sovereignty oath-taking ceremony”.

“Zengmu Reef is the southernmost part of China’s territory, and it is also a main maritime artery and strategic point,” the report concluded.

Royal Malaysian Navy chief Admiral Tan Sri Abdul Aziz Jaafar has said the exercise was conducted over 1000 nautical miles away from Malaysia’s EEZ and that the RMN had been informed about it through diplomatic channels.

“Putting aside the issue of where those ships actually were, the fact remains that the PLAN – through state media reports – has unequivocally underscored China’s claims over the waters around James Sh­o­al,” argued senior analyst Shahriman Lockman at the Institute of Strategic and International Studies.

“It was a display of China’s intent and resolve to assert its claims in the South China Sea, which extends into Malaysia’s EEZ.”

James Shoal is within the “nine-dash line” that China claims as its own territorial waters, added Jane’s Defence Weekly correspondent Dzirhan Mahadzir.

Even if the ships were passing within Malaysia’s EEZ, noted a Malaysian government source, “it was within their right to exercise freedom of navigation.”

But if PLAN was conducting a patrol or maritime exercise within the EEZ, they should get Malaysia’s consent, he stressed.

Commenting on the Chinese media reports, a United States embassy spokesman here said: “Claimants should avoid actions in disputed areas of the South China Sea that may raise tensions and undermine prospects for diplomacy. We encourage all parties to use their military capabilities in a manner conducive to the maintenance of peace and stability in the Asia-Pacific region.

On Jan 27, Chinese foreign ministry spokesman Qin Gang said Malaysia had not lodged an official protest over the exercise the day before. He said China was willing to resolve the dispute through negotiations.

But, he pointed out: “Everybody is disputing the same areas so it can’t be done bilaterally. And the scope of the area where they want to have the joint development is in our waters.”