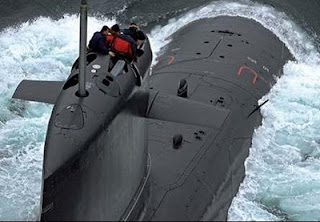 I have heard that our KD Tunku Abdul Rahman (TAR) was recently involved in war games with one of the French SSNs after weeks of preparations that resulted in only turning in for sleep in the early mornings for the crew. It was a complete privilege for the crew in being able to track the SSN all the way through out the war game period. 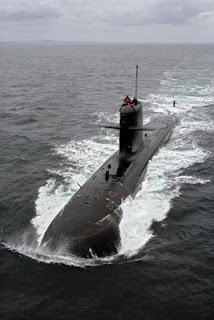 Alhamdulillah, KD TAR won 10 - 0 against SSN Rubis despite early worries whether our crew and boat can beat the O’Higgins record of 6-1 wins against the French SSN previously, that resulted in nervousness in our crew when going into the games. I understand that the 10-0 win meant that our boat could hold contact for a given period, with enough time to establish a firing solution in order to conduct a simulation firing against the SSN, where later it was received and acknowledged through Underwater Transmission (UWT) that the target fired against was the opposing boat. 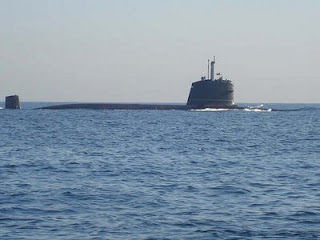 When the inspectorate staff from the French Navy ALFOST embarked in KD TAR for the final week tactical examination, they had admitted their defeat and that based on the post battle report, the other submarine could only track KD TAR 5 times during the whole period of two days two nights of war gaming. 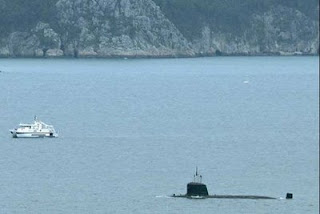 This is extremely good news for the crew of our newest naval service and they are now starting to understand what a fantastic submarine we have. May this high level of service continue. Bravo Zulu to the crew of KD Tunku Abdul Rahman and may they have a safe journey home.
Posted by mumuchi at 8:42 PM

While we did well in the exercise, Singapore has just launched their 1st AIP submarine - RSS Archer.

No issue Halim, kayuh pelan2. AIP is not something trivial to use, let others risk their subs first, and maybe then we may get our own.

researching Nuclear attack sub Rubis at wikipedia. It says it the 1st generation attack sub of the 80's. Also it had a design flaws which make it very noisy. Thus, easily detectable by other subs/ships. Perhaps that's why KD TAR was at a great advantage. anyway kudos to our 1st generation submariners.

well from the same wiki posting it has mentioned that the fault was corrected and the sub class had gone on to great success including "sinking" an aircraft carrier and ticon cruiser..so that makes the efforts much sweeter as this sub managed to beat US mighty anti sub efforts, which make our dolphin's success much the sweeter.

" AMETHYSTE Rebuild
The initial design of the Rubis proved to be problematic with unexpectedly high noise levels. This lead to the Amethyste silencing program (AMÉlioration Tactique HYdrodynamique Silence Transmission Ecoute) which was applied to the fifth (S605 Améthyste) and sixth (S606 Perle) hulls.

The Améthyste and Perle were both longer that the original Rubis, 73.6 metres as compared with 72 metres and the program included upgrades to the sonar, reshaping of the hull form and bow to improve silencing and additional upgrades of the electronics. With the upgrades tested and proven, the original 4 boats were rebuilt to the same standards between 1989 to 1995.

During the Péan inter-allied manoeuvres of 1998, Casabianca managed to "sink" USS Eisenhower and her Ticonderoga class escort cruiser[1] " http://en.wikipedia.org/wiki/Rubis_class_submarine

can the author quote the source of his claim and the name of the SSN involved?

you know it could be the other way round. The SSN beat Scorpene 10-0. Just a thought.