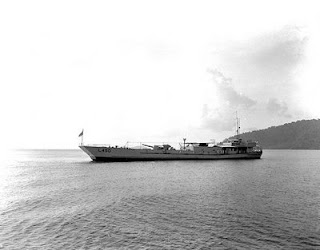 I have written about HMMS Sri Perlis or more well known as HMMS Pelandok that served as one of the earliest vessels in the nucleus force of the Royal Malaysian Navy under The Malaysian Naval Force. She was a LCG (L) equipped with two 4.7 inch guns that was used as a bombardment vessel during the first Emergency that Malaysia faced in addition to sea going training ship. The problem is that not many people may have seen photos of these brave men in action as I have found that the photos can only be more easily found in the archives of our neigbouring country. Thus in the interest of bringing these historical photos to a wider section of public, I will from time to time post liberated photos from these foreign archives, with the hope that their memory will be better preserved and more accessible than just gathering dust until some academician soul stumble across them, the most likely scenario in our own National Archives. 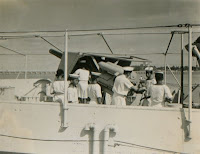 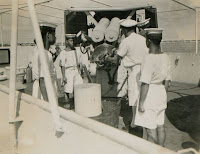 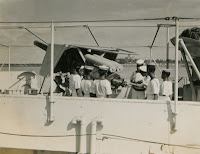 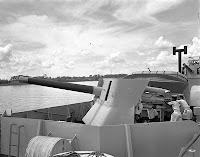 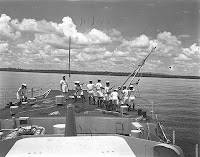 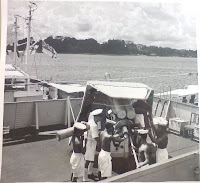 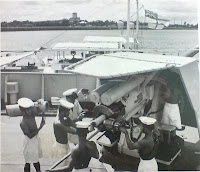 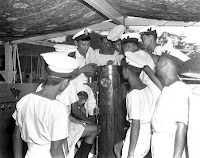 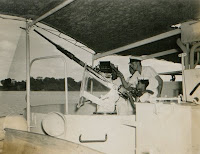 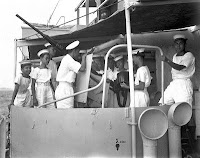 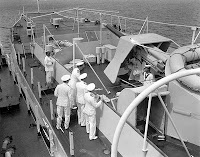 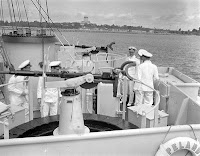 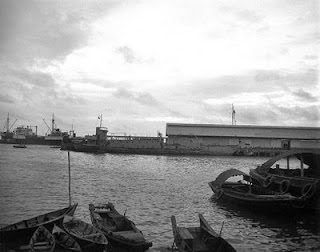