Alhamdulillah Our Men Are Released

t our men in Melati 2 and 5 has been released and have in fact reached our shores the day before. The fact that ransom was paid was secondary, that our men were released without harm and our vessels secured was a victory for our country in handling this crisis in what can be considered as a very short period, as some other hijacked vessels has gone for months without being released.

Thus it disheartened me that some people are reacting to this by belittling the role our armed forces has played in the rescue of our sailors. Some has gone on to say that our men are gutless and are just ransom delivery men for not going in with guns blazing. I quote from a supposedly respectable blog that says "The story from Bernama (below) to Malaysian Defence seemed redundant. Since money was paid for the release of the hijacked sailors and tankers, the involvement of the armed forces, will always be looked upon as trivial despite the sacrifices of the individual soldiers and sailors." To this I reply that there are still many that do not consider this that way, and the proper response is to highlight the role that our armed forces has played to secure the safe passage and return of our vessels despite the ransom being paid, and that their involvement are no way trivial nor redundant. 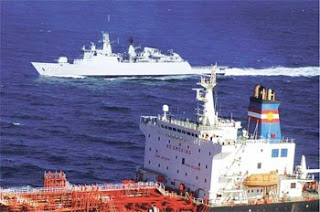 Thus I hereby quote the main role that our armed forces has played to secure the safe return of our MISC sailors from the same report, let no one then consider their roles as trivial nor redundant.

"The armed forces assisted the MISC in executing the release plan and protocol. This was to ensure that the crew members were released as there have been reports that crew members of other ships were not released after ransoms had been paid."The special and secret operation entailed the use of frigates and aircraft, and swift action to control and take over the tankers before they could be seized by other pirate groups," she said. 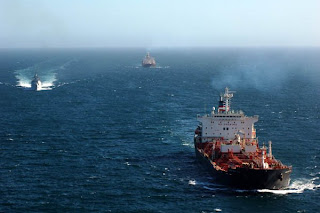 It should also be highlighted that such a role was successfully carried out in trying circumstance as again quoted herewith.

“This is the first time the armed forces were involved in a rescue operation in the open sea, 7,000km from home. It posed a logistic challenge to the armed forces for a lengthy duration and the need to execute a military operation other than war.“Bad weather and choppy waters had made the operation difficult with the naval ships not being able to berth for almost one month,” she said. 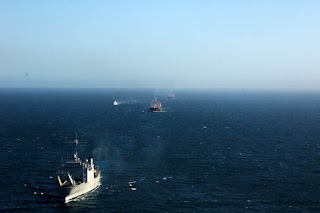 THUS I SAY WITH ALL DUE RESPECTS, BRAVO TO OUR BRAVE MEN IN THE ADEN GULF WHO MADE THIS MISSION A SUCCESS! WE CAN SHOW OUR COJONES THE NEXT TIME THEY TRY THEIR LUCK WITH OUR SHIPS!