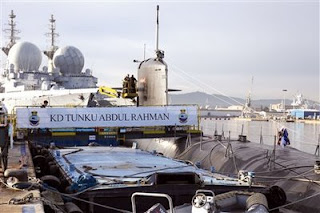 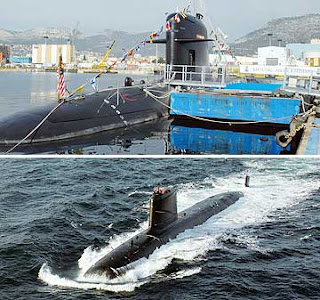 Manned by Malaysian crews of just 31, the boats offer an endurance of 45 days for a displacement of 1,550 tonnes and a length overall of 67.5 metres. The submarine can dive to a depth of between 100m and 200m and is armed with six torpedo tubes which can fire simultaneously, anti-ship surface missiles and anti-submarine torpedoes, with a capacity of 10 torpedoes and 30 mines. 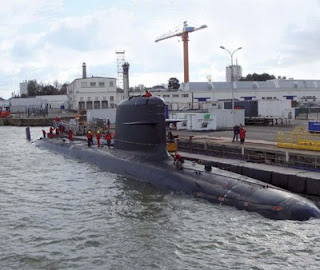 The submarine service marks the gradual progress of the Royal Malaysian Navy towards a world-class navy, also in line with the wish to transition into the 4-dimensional warfare (surface, underwater, space and electronic) capability. Thus KD Tunku Abdul Rahman has now gone into history as the first submarine to be commissioned into the Royal Malaysian Navy and will sail home manned fully by our own submariners. Congratulations to the crew of the submarine on their having surpassed all obstacles and challenges in qualifying to become the crew of the nation's first submarine.
Posted by mumuchi at 7:47 PM