What Is The Controversy?

If my memory serves me right, our national defence purchases can be magnets for controversy and the earliest incident that I can remember is the allegations of wrong-doing in the awarding of local construction of fast attack craft to local shipbuilder Hong-Leong Lurssen in the early 1970’s was brought up in the Parliament. Now the controversies centre on the purchase of our Sukhoi fighters and Scorpene submarines and the latest is on the award of the Letter of Intent to Eurocopter for the purchase of Combat Search And Rescue (CSAR) helicopters for the Royal Malaysian Air Force. Nonetheless the Kedah class controversy should not be included in this list as that issue’s problem was in the implementation of the contract, not actually on the award. 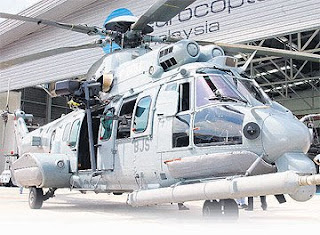 Well let us then look at what controversy usually surrounds the award. This is usually on the price of award whereby it is usually alleged that the lowest priced bid was not selected and thus it was implied that the selection was made with elements of favouritism, commercial or otherwise. Like a broken recorder such allegations has been repeated and repeated, usually as a means for character assassination for politic purposes. Due to the seriousness of the latest allegation as it impacts persons at the highest level of government, this has prompted the Ministry of Defence to take the unprecedented step to disclose details of the CSAR award to the press including the prices of the competing tenders in the Bernama Report dated 17 October 2008, the extract as follows : 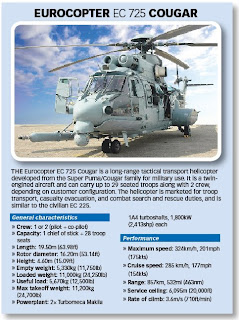 This listing clearly shows that even though Eurocopter was not the lowest priced bid, their tender was also not the highest as alleged. In addition, the report goes on to detail the importance of any acquisition of defence equipment worth more than Euro 10 million or more, there should be an offer for countertrade/offset. In this sense it was reported that an offset deal for RM250 million was offered by Eurocopter so we are getting something out of this deal. For those familiar with the nation’s international tender process, it should be noted that there is usually a clause that says the lowest bid may not necessarily be selected, so to me this controversy is actually a non-issue as I am sure the Ministry’s team has done their job professionally. In fact if I recall correctly, this particular tender objective has always been a procurement tender for CSAR helicopters and somehow it was re-branded as a Nuri replacement or utility helicopter tender in the course of the tender process as our Nuri’s kept crashing and there was a public demand for its replacement, so I take my hat off to the team as they managed to keep on course and not be dissuaded into buying a mere utility helicopter as demanded by certain quarters.
Posted by mumuchi at 9:17 PM