I have mentioned before that I no longer have the werewithal to write about the atrocities that is happening in the land of Philistines. Thus I am happy to find the following article that accurately express my feelings. So like most of us, I am taking the easy way out and re-producing the article in the whole, may it at least make more of us understand what is really at stake here. 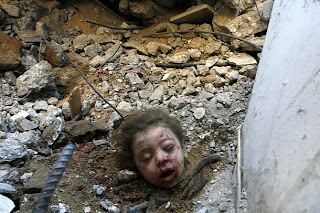 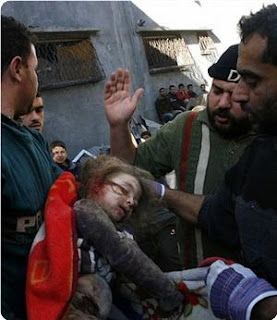 Do what thou will, but people, leave them kids alone!
OKAY, time for a rant. Don’t expect a well-reasoned argument or a nuanced stance. Don’t even expect coherence or professional wordcraft here. Forget about journalistic objectivity or a professional code of ethics, seeing both sides of the story or walking in another man’s moccasins. I don’t care about the supposed political complexities, cultural sensitivities or historical subtleties.
Not when you start killing innocent people. Especially not when you start killing children.
A few years ago, when I was at the Asia News Network – the alliance of leading English dailies in Asia, including The Star – one of my colleagues did a special report on the use of child soldiers in conflicts across the region. Most of these centred on Indo-Chinese nations, but it also included reports on the Liberation Tigers of Tamil Eelam, or the Tamil Tigers, in Sri Lanka abducting children to train them to kill.
When you take children away from their families, put guns in their hands, and tell them to kill other people for the glory of your cause, you’ve lost all moral standing. Your cause is lost with me. You don’t deserve victory. 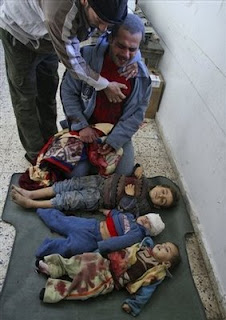 An Associated Press article published in The Star on Thursday reported that out of the 75 people killed in Israeli attacks on Palestine, only five were confirmed militants. That’s right, 70 were civilians: Innocent men, women, and children. As of that date, more than 300 of the 670 Palestinians killed since Israel began its aggressive military campaign on Dec 27 were civilians.
And at least 130 were children aged 16 or below.
And we’re not even talking about the strike on the school earlier this week. The Israelis said that Hamas militants were taking refuge there, but can’t explain why many of the bodies pulled out of the rubble were that of teenaged boys and children.
Oh yes, Hamas started it by raining rockets from the Gaza Strip at Israeli targets. I don’t care. You’ve killed children. Toddlers and infants. Your justifications ran out there.
And if Hamas militants were using children as shields hoping that their enemies had a modicum of morality and plain old human decency, then yeah, both sides have gained my greater contempt as well.
The Israelis and the Palestinians are not the only ones. There are the Americans and their few allies in the war to destroy Iraq’s non-existent weapons of mass distraction, air strikes against Afghan wedding parties, and the Western media’s pandering to such atrocities by allowing the US military to describe them as collateral damage.

See, I don’t care if there were glitches in your stupid “smart weapons”, or that your intelligence gathering was just plain dumb. There’s no excuse.
Their enemies are as much to blame, whether they are Muslim, Christian, free-thinking, or atheistic terrorists. When you plant a bomb knowing that innocent people are going to be killed, then you deserve the Gitmo treatment. 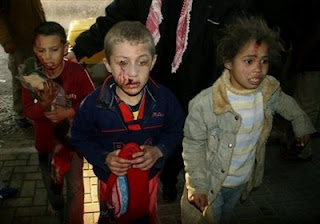 In a message to world leaders, Jordan’s Queen Rania Al Abdullah, who is Unicef’s (the United Nations Children’s Fund) Eminent Advocate for Children, said: “Our humanity is incomplete when children, irrespective of nationality, are victims of military operations.”
“More than 70 dead children, close to 600 injured,” she said, referring to the Gaza death toll. “What does the world tell their mothers? That they are collateral damage? That their lives don’t matter? That their deaths don’t count?”
The United Nations and the International Court of Justice should just get off their asses and declare this simple truth: That any combatant who harms children in any conflict under any circumstances whatsoever is guilty of crimes against humanity. They should be hauled off to face justice. They should be treated no better than the Nazi war criminals were.
And the same goes for those who support them ideologically, militarily, financially, or politically.
This is not an issue about religion, despite how some are painting it. No, neither are these atrocities against the Muslim world, despite what some politicians say. Such beliefs have led to a mess of misconceived statements and intentions, such as boycotting American products or sending in the troops to fight for a regime that doesn’t have an exactly spotless conscience either. 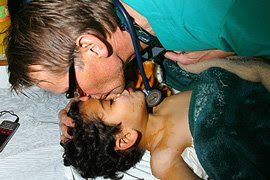 No, this is a humanitarian issue. It’s as simple as this: There is a bunch of people killing children.
What is the world community – what are we – going to do about it?
A. Asohan, New Media Editor at The Star, can’t think of anything else to say.
Can we at least pray the DOA QUNUT NAZILAH AT LEAST?