Positioned For A Deterrent Capability 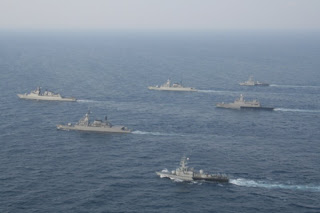 The vast South China Sea separates Malaysia's territory and it is situated in an archipelago containing the world's main sea lines of communication. The importance of these sea lines to the economic prosperity of Malaysia cannot be over emphasised. The sea is not only a source of food and mineral resources, it is also the highway over which oil and bulk commodities are transported. Since the 1980's, Malaysia has been reorienting its force structure to a posture designed to protect maritime and territorial claims in the South China Sea. Although there are still several unresolved territorial disputes in the region involving Malaysia, an all-out war between the states involved is unlikely. However, the potential for low intensity conflict does exist, and in such situations, isolated skirmishes can break out in short notice as experienced in the confrontation with Indonesia. As such, the RMN must be ready to face any challenge to the nation's sovereignty at all times. In this case, the strength and determination of the forces involved will decide the outcome of the engagement. 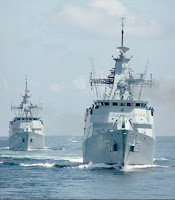 From a modest beginning, the Royal Malaysian Navy is today at the threshold of evolving into a credible force capable of defending the country's maritime interests. In the fast changing world of naval technology and development, the RMN is heading towards a more dynamic and 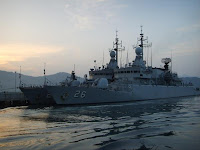 challenging era. Skilled manpower numbers are set to increase, new vessels and weaponry continue to be purchased and the possibility of establishing more strategically located bases throughout the country is being considered. Operating only with a WW2-era frigate as her main combatant in the first decade of independent operation, the RMN's fleet has now grown into a force with several multi-role vessels ready for three-dimensional warfare to better safeguard Malaysian waters, including two latest frigates considered to be among the most sophisticated in the world.

The acquisition of sophisticated vessels incorporating the latest technologies like stealth, with greater firepower and speed will increase the probability of victory, as the navy was not strengthened just to lose the fight. Moreover, by acquiring modern helicopters like the Super Lynx, the navy finally has long-range patrol capability as well as over the horizon targeting ability. The coming induction of modern Scorpene diesel submarin 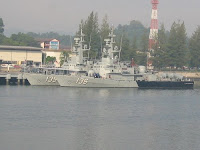 es will also add a new dimension in the capabilities of the fleet. In the meantime, the RMN's present combat assets as described herein are being optimally utilised to conduct missions of maritime surveillance,patrol and constabulary. The final Order of Battle(ORBAT) of the RMN will be that of a balanced and credible force to meet the maritime strategy of presence and sea control (Sea Denial and Sea Assertion). With the development of a lean and mean fighting force, the RMN now have a deterrent capability to keep potential aggressors at home. That in itself is already a victory for a peaceful country like Malaysia. 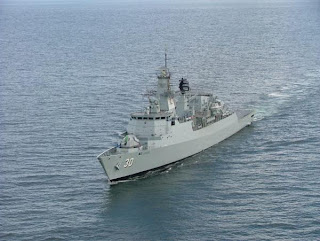 In 1999, two Yarrow F-2000 based Lekiu class frigates ordered in 1992 was commissioned by the Royal Malaysian Navy(RMN) after a delay of more than three years due to software integration problems. Built by GEC-Yarrow, these advanced frigates are heavily armed with a Bofors 57mm Mk2 gun, SeaWolf VLS surface to air missile system, MM-40 Exocet SSMs, Whitehead ASW torpedoes and an advanced electronic warfare suite. This makes the frigates one of the most capable surface combatants in South East Asia, capable of countering multiple air, surface and sub-surface threats. The frigates are also designed with stealth elements to enable it to have a low radar cross section. Combat proven in the Falklands conflict, the Sea Wolf missile has an anti-missile capability that will provide the RMN with a much needed advanced Anti Air Warfare system in the frigates' role as front-line defence vessels. The frigates are also the navy's first vessels that embark a helicopter with a hangar facility for all-weather deployment. With high-tech surface and air-tracking radar complemented with an integrated combat data system, these vessels are lethal adversaries to the maritime threats in Malaysian waters. With such all-around capabilities, the frigates will be able to operate independently and fight their own battles, if necessary. 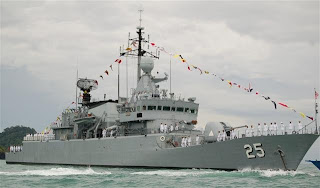 The main strength of the Royal Malaysian Navy was previously made up of two FS 1500 type ASW frigates built by Germany's Howaldstswerke Deutsche Werft (HDW). Two additional planned units (F27,F28) were however not built. With high automation levels, these are very capable vessels by SEA standards but were initially rated as corvettes although they are larger and vastly more capable than the Rahmat frigate. The frigates are armed with a Creusot Loire 100mm Compact gun to provide shore bombardment and fire power against air and surface targets. Anti air and anti surface armaments are augmented by a Bofors 57mm and twin 30mm Emerlec guns both fitted aft. For anti submarine warfare they are equipped with medium range active sonar and twin barrels 375mm Bofors Anti Submarine mortar. The vessels were initially equipped with four MM38 Exocet surface to surface missiles but have been upgraded to MM-40 missiles during a Mid Life Upgrade. The program also consisted of an upgrade of the command and control system, sonar as well as the installation of a new Thales DR3000S ESM suite. It was planned that they be given telecospic hangars for the helicopter pad but these has been indefinititely shelved. It has been reported that the navy would also like to replace the Bofors 375mm ASW launcher with a torpedo mount and to install a Close In Weapons System such as the Phalanx or Goalkeeper systems. These proposed refits will surely further enhance the frigates to become truly multi-capable fighting platforms for the navy. 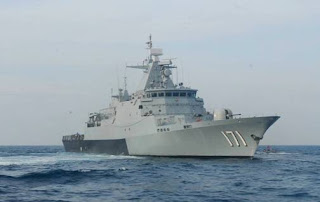 After financial misadventures that threatened the whole project and delayed the delivery of the first two vessels, these patrol vessels have finally been commissioned into the fleet. These vessels are part of the RMN's project that calls for the construction of 27 patrol vessels to be built over a 15-year period. An agreement was signed in February 1998 for the first six OPVs after intense competition when the German Naval Group (GNG) made up of Blohm & Voss, Thyssen, Ferostall and HDW was selected to supply the vessels. The GNG in partnership with a Malaysian company, the Naval Dockyard Sdn Bhd constructed the first 2 ships in Germany while the modules for the other 4 units are assembled locally. The design chosen is based on the Meko A-100 design that incorporates a modular design concept to provide versatility. The design also incorporates stealth characteristics and hot spots reduction technology. This involves shaping the superstructure to create angled surfaces that will emit low radar signatures to reduce the size of the cross section dramatically. For protection against infra-red imaging, a proven cooling system for the vessel exhaust will have water fog sprays to reduce heat. Other characteristics incorporated into the OPV are low noise and economic cruising speed. The vessels will also have an Unmanned Management System for controls in their engineering areas thus reducing crew requirements. The peacetime duties of the New Generation Patrol Vessel will include the patrolling of Malaysia’s Exclusive Economic Zone and participating in disaster relief operations. In times of war, the NGPVs are to be equipped to carry out a number of operations, including ASW and AsuW, which can be easily undertaken through quick exchange of machinery, weapon and electronic systems modules under the Fitted For But Not With concept. These vessels are therefore designed to be self-defence platforms where they can operate alone or in conjunction with other surface, sub-surface and air units in peacetime and during conflicts. 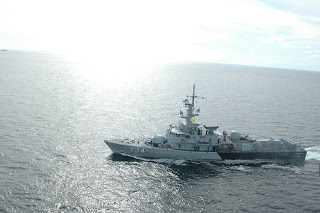 In July 1997, 2 Laksamana class corvettes the RMN ordered from Fincantieri were commissioned at the Muggiano shipyard in Italy. Variants of the Assad class built for Libya, these four ships were originally built for the Iraqi Navy as the Al Walid class but the supply of the missile corvettes was stopped by United Nations sanctions. Before delivery some specific aspects of the ships' design were modified when the ships were refitted to meet the requirements of the Royal Malaysian Navy. A second batch of two Laksamana class corvettes was later ordered and delivered in 1999. Unlike the first two corvettes, The second batch was delivered with a more modern combat command system, including the Link Y Mk2 that enables real time exchange of data with other Royal Malaysian Navy surface assets and shore bases. However, the earlier units has beeen similarly upgraded. By the standards of South East Asian navies, these are very dangerous corvettes, with their offensive capabilities balanced by the Aspide SAMs. With newly acquired mid-flight helicopter targeting (tele-guidance) capability, the corvettes' Otomat Surface to Surface Missile(SSM) accuracy will be devastating thus making them more dangerous than a comparable sized warship. Together with their ASW capability, these corvettes are potent additions to the RMN fleet.